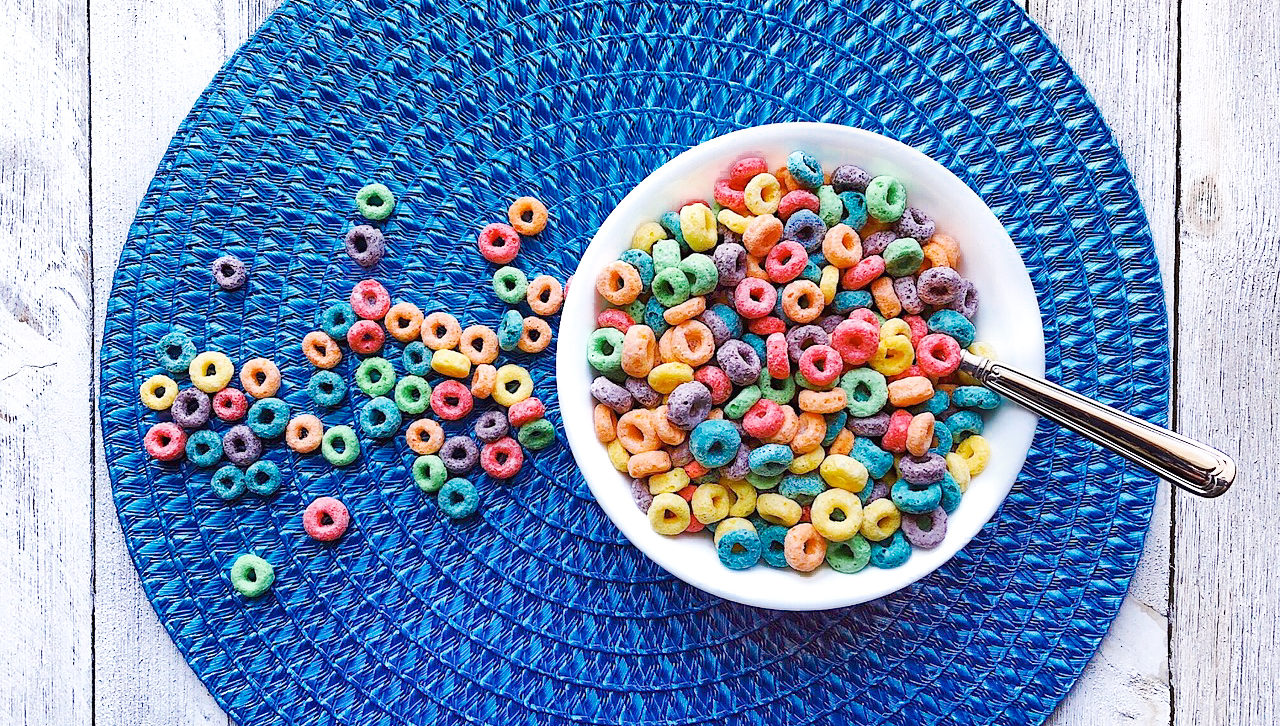 Your mother's old adage is so true... breakfast really is the most important meal of the day. It helps increase your energy and performance, gain focus, and even lose weight... but you probably already knew all that! What you might not know is how much sugar is added into many of your favorite "breakfast" foods. Have you ever taken a glance at the nutritional facts on a box of muffins and then compared the amount of sugar to let's just say, a cupcake? How about a glazed doughnut versus flavored instant oatmeal or cereal? Which do you think has more sugar? You may be quite surprised by the answer!

After picking up a box of cereal at the grocery store one day and seeing the alarming amount of sugar added, I became curious as to exactly how much sugar is in the foods typically found at the breakfast table. After perusing the inner aisles of the grocery store and checking out labels, I quickly realized just how fast it adds up!

I was wondering if anyone else had uncovered the sugary truth, so I took a picture of my shopping cart filled with breakfast staples, including a seemingly "sugary" box of Fruit Loops. I asked (social media) which had the MOST sugars. There were lots of guesses but the majority chose the Fruit Loops which surprisingly was on the LOWER side of the spectrum. Keep reading for the complete breakdown!

How much sugar should we be eating?

Sugar itself isn't the "bad guy," it's HOW MUCH we eat and what TYPES we eat. After my little field trip to the grocery store, I realized just how quickly the amount of sugar adds up!

The amount of sugar we should eat or drink in a day, according to health.gov's dietary guidelines, should be less than 10% of our daily intake. Depending on a number of factors, including your level of activity, it should look something like this per day: (sources linked at the bottom)

Now, on to the TYPES we eat.

Natural sugars found in milk, fruit or unsweetened yogurt are very different than sugars that are added to our food such as High Fructose Corn Syrup, Dextrose, Maltose and Maltodextrin. Did you know that companies use more than 55 words on a label to indicate sugar? Yep, they sneak in those sly words as another way to confuse us! If you want to learn more about sugars, check out our blog on "100% Natural Sugars and Sweeteners" (HERE) where we breakdown the good and the bad. Now, back to breakfast!

So how much sugar is really in your breakfast?

Here's a look at some breakfast "treats" that you should keep a close eye on...

Breakfasts you may generally think of as sugary:

Breakfasts you may think of as healthier options:

Eggo Waffles: 16 grams of added sugar per serving, without syrup

Flavored Instant Oatmeal Variety Pack: 10-18 grams of sugar per serving (includes naturally occurring sugars and 10-13 grams of added sugars depending on the flavor)

Fruit Juice: I know, I know, fruit juice isn't a breakfast food, but since it's a staple that's served with breakfast I wanted to include it. Ladies, even though this 100% Pure Orange Juice contains all natural sugars, if you have ONE glass you've hit half your daily sugar intake... EEK!

Starbucks Chilled Frappuccino: I know this isn't a breakfast food, but I HAD to add it since so many of us love coffee drinks with breakfast. Not only is this frappuccino sweetened entirely with added sugars, ladies, one serving is almost double your daily recommended intake.

I'm not saying don't eat these ever again, (OR that you should fill up on Krispy Kreme doughnuts and Fruit Loops... ICK added sugars) but when serving these sugary foods to you and your family for breakfast, keep the 80/20 Approach in mind (more on that HERE)... You may want to consider them as part of the 20% (treats), rather than 80% (nutritious good-for-you foods).

So next time you’re looking for a good-for-you breakfast:

If you make healthier versions of some of these breakfast foods, such as whole grain muffins, pancakes or homemade pop-tarts, you may want to help your kids understand the difference between store bought and homemade. Otherwise, they may think they're one in the same. If you really want to get them involved, you can even make it a fun activity next time you go to the grocery store. Does the label indicate the food has a lot of sugar or hardly any? Let them take a look and guess!

The amount of sugar per day are only estimates, and approximations of individual calorie needs can be aided with online tools such as those available at www.supertracker.usda.gov.
Sources: