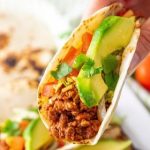 Who doesn't appreciate the convenience of frozen produce every once in awhile? It's simple to shop for, easy to cook and has an extended shelf life of... well almost forever (actually, more like a year but who's counting)!

Yet with all the advantages, fresh produce has been considered superior to their frozen counterparts for years. Is there proof in the pudding? Let's break it down and see!

How does this play a role in the equation? Simple - the longer it takes for the food to get from the farm to your table, the more the nutrients in the food decrease (and so does shelf life). So your "fresh" green beans that were in transit for the past 7 days may have lost up to 77% of their Vitamin C content... say whhhat?!

If we're talking seasonal fruits and veggies that are sold at your local farmers markets, there's no competition. Because fresh from-the-farm produce tends to be picked at peak ripeness, held for a short period of time and immediately put out to sell, it's nutritional value far exceeds the rest.

But, when there's not a local farmer's market nearby or it's mid-winter and you're jonesing to whip up a big bowl of soup, what should you do... go fresh or toss on your parka and head to the frozen food isle?

The farm-to-store process is partially to blame for why frozen is often better than fresh.

Most grocery store produce is picked at a less mature-nutrients dense stage. It's refrigerated, put on a truck for up to 3 days (or flown across the pond) and stored in a warehouse before finally arriving at the grocery store. Sadly, that doesn't include the time spent at your house before being eaten.

So how "fresh" is that fresh produce? We'll let you be the judge of that.

Frozen produce is picked at the peak of ripeness, snap frozen soon after harvest and almost immediately packaged.

Because the nutrients are frozen during this process, research has shown time and time again that the nutritional value in frozen fruits and veggies beat out their "fresh" counterparts that have been driven across the country or imported and flown halfway around the world. (Think about it, how many days was that asparagus in transit from Peru to your table?)

As it turns out, frozen fruits and veggies have a lot more in the pro column than just an extended shelf life.

Some of our favorite ways to use frozen fruits and veggies

The prevailing belief that "fresh" produce is more nutritious than frozen isn't necessarily true. For a cost effective, convenient and nutrient dense option it may be the perfect time to skip the sad strawberries at the supermarket and look to the freezer for your fruit and veggie fix.

Let's head to the freezer isle—together!

Should You Be Worried About Artificial Food Dyes? (Spoiler Alert)

Spoiler alert! You may be surprised by the INSANE amount of packaged foods that use dye to lure you in… (even some seemingly healthy foods!!)

Squat Challenge to Get Bootylicious Buns for Bathing Suit Season

Full fact: the best way to get bootylicious buns is squats, squats, and more squats!!

The 5 Best Tips to Stay Motivated

Let’s face it – healthy choices (and life) can be a little frustrating sometimes! Between meal planning and prep,